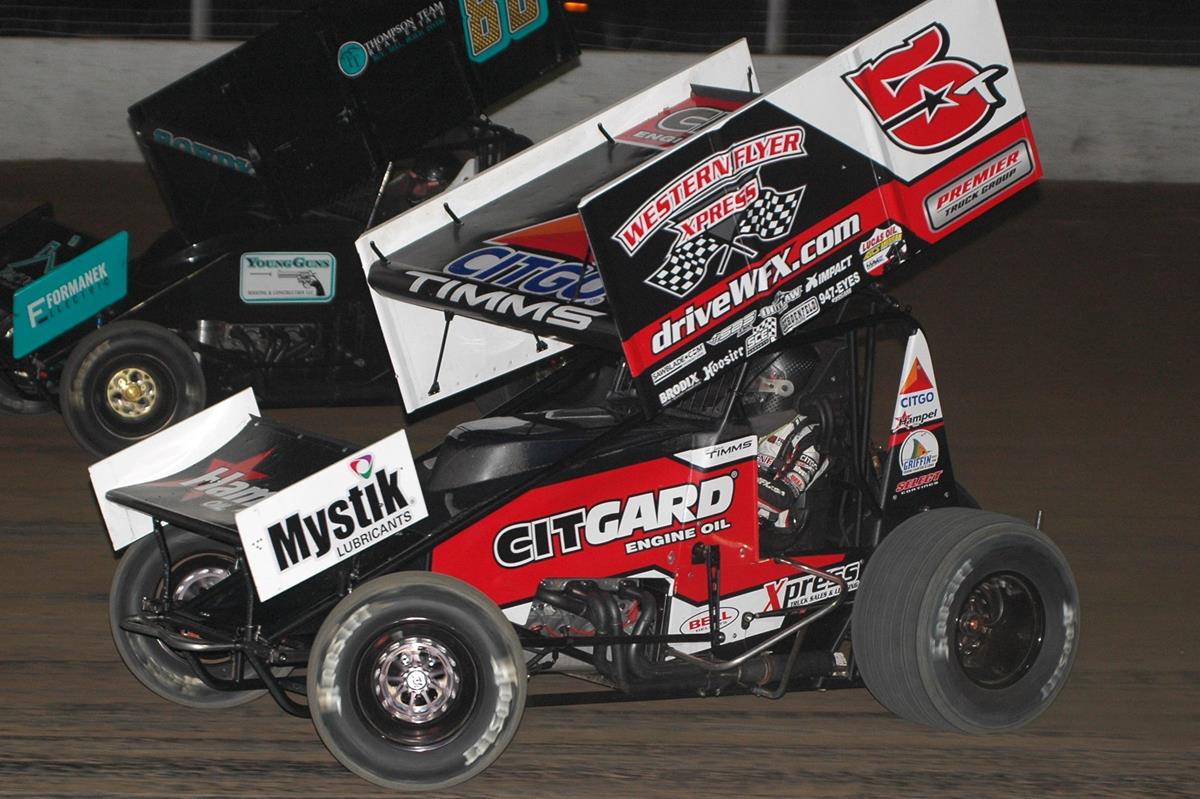 Aboard the Works Limited No. 57 410 Sprinter, Timms followed up the seventh-fastest qualifying effort with a third-place showing in his heat. Starting the NARC King of the West Series sanctioned feature in eighth, Ryan gained two spots in the 25-lap affair to register a sixth-place finish.

In his CITGard Engine Oil No. 5T 360 Sprint Car, Ryan earned the eighth-starting position for the A-Main via a runner-up performance in his heat. Clawing forward three positions in the 30-lapper, Timms raced to a fifth-place finish, which came behind Justin Sanders, Shane Golobic, Dominic Scelzi, and Bill Balog.