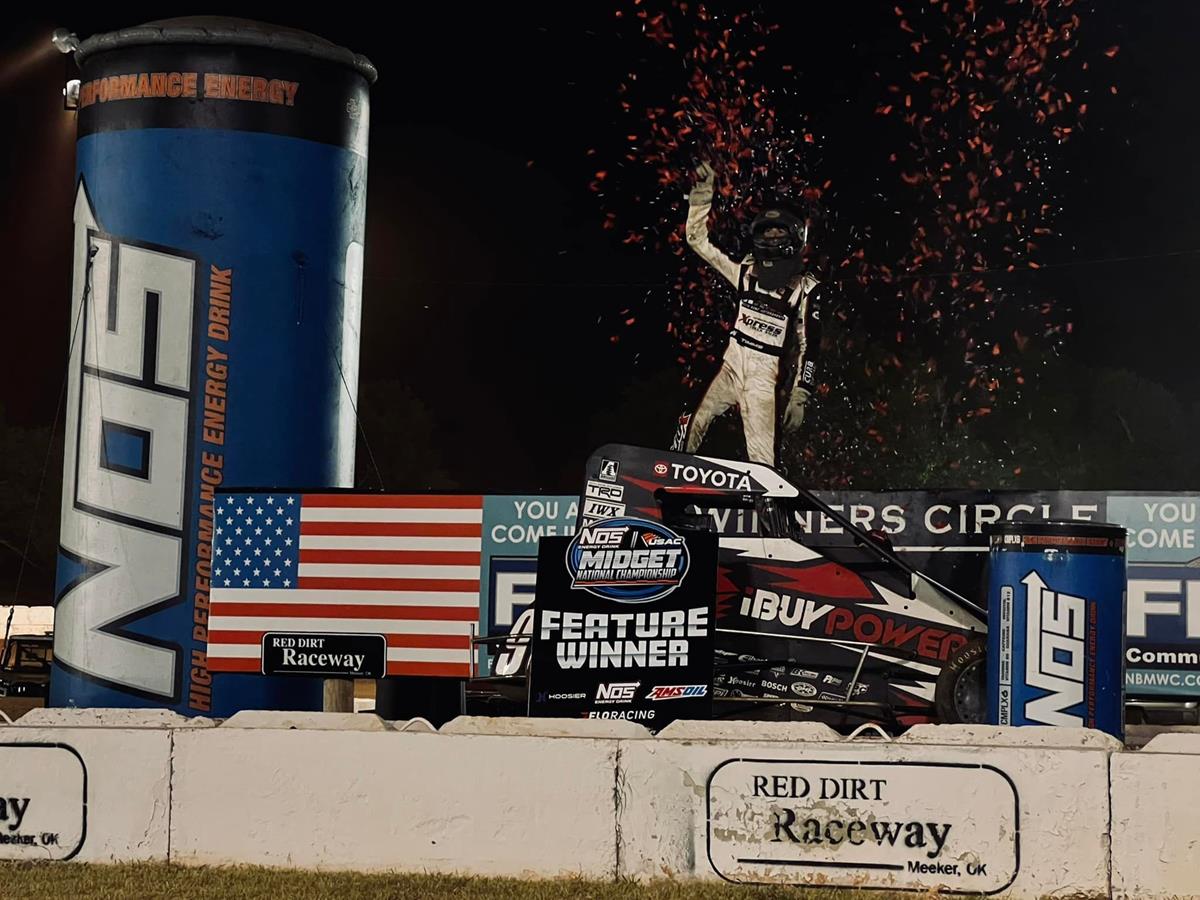 Timms overtook veteran Thomas Meseraull for the lead on lap 13 and set sail to claim the win by 0.993 seconds.

“After the micro sprint feature, I knew the bottom was definitely going to be a lot better,” Timms noted following the victory. “I started on the outside and just got down there as quickly as I could, then just waited for T-Mez to make a mistake, capitalized on it, then went from there.

“We were contenders the rest of the week but came up short of winning again. In fact, we were coming to the checkered flag in the lead on Saturday night, and just as I got to the line they threw the caution, and on the restart I got collected with another car. It was pretty disappointing, but these Midgets are a blast to drive, and I’m learning something new every time I get behind the wheel. A big thanks to everyone, who makes this opportunity possible.”

Ryan Timms hopped behind the wheel of the Keith Kunz/Curb-Agajanian Motorsports No. 97K USAC Midget on Tuesday afternoon as the Mid-America Midget Week kicked off at Red Dirt Raceway (Meeker, Okla.).

After losing a few spots on the initial restart, Ryan tracked down early leader Thomas Meseraull by lap 12 and made a pass for the lead on the bottom on the 13th circuit. Leading the remaining distance of the 30-lapper, Ryan raced to his 10th win of the season ahead of Justin Grant, Meseraull, Brenham Crouch, and Buddy Kofoid.

The following night at Solomon Valley Raceway (Beloit, Kan.), Ryan’s second-place finish in his heat race pinned him on the eighth row for the feature. Charging through the field 13 spots, Timms steered to a third-place finish in the 30-lap affair. He followed Thomas Meseraull and Buddy Kofoid across the line.

In a field of 25 USAC Midgets on Friday at Jefferson County Speedway (Fairbury, Neb.), Timms followed up the fourth-fastest time in his group with a runner-up finish in his heat. After leading three laps early in the main event, Ryan crossed the line in second, trailing Mitchell Moles to the checkers.

For the $10,000-to-win finale on Saturday at the 1/5-mile Nebraska oval, Ryan secured his spot into the A-Main with a fourth-place finish in his heat race. Rolling off sixth for the feature, Timms took part in a heated battle for the lead and looked to be on his way to the spirited victory. Unfortunately, the caution flag flew just as Ryan was about to take the checkered flag, and the main event was extended by one circuit to 41 laps.

On the ensuing restart disaster struck as Timms and the second-place car collided, and the pair slid over the turn two banking. He was relegated to a disappointing 11th-place finish in the final rundown.

Full results from the week are available at www.USACracing.com .

The team then plans to race River Cities Speedway (Grand Forks, N.D.) on Friday evening with the Northern Outlaw Sprint Association (NOSA) 410 c.i. Sprint Cars. Saturday’s plans are still up in the air, while Sunday will take the team to South Dakota’s Huset’s Speedway for the Weekly Racing Series Event with the Casey’s 410 ci. Sprint Cars.