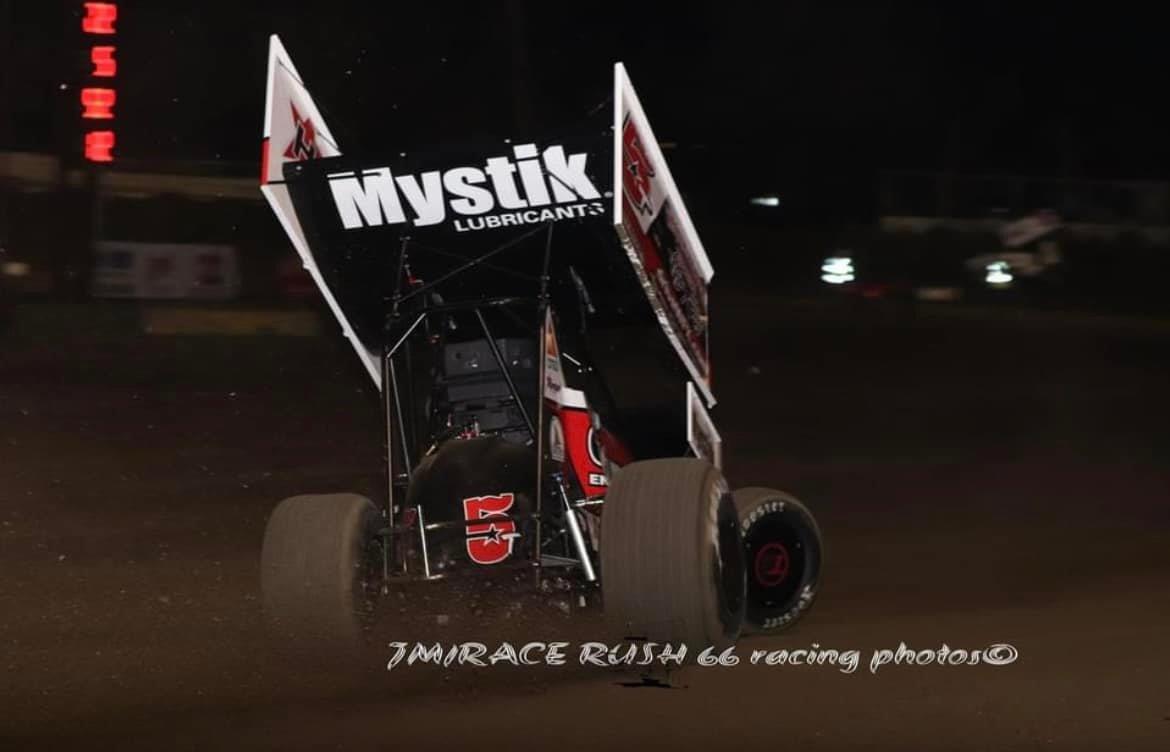 Heartbreaker for Ryan Timms while leading at I-80 Speedway

Ryan Timms got an early start to his race week with a visit to Rapid Speedway (Rock Rapids, Iowa) on Tuesday afternoon to compete with the 410 Outlaw Sprints.

Following a sixth-to-third charge in his heat race, Timms accepted the challenge to start the $4,000-to-win A-Main at the tail for the $5,000 bonus. Starting in 16th, Ryan advanced through the field nine spots on a track that saw limited passing to finish seventh.

On Wednesday, the crew traveled to I-80 Speedway (Greenwood, Neb.) with Ryan piloting his Mystik Lubricants No. 5T 360 Sprint Car with the Malvern Bank Series. Starting the feature in eighth via a fourth-place performance in his heat, Ryan was leading on the final lap when his motor began to expire. He limped across the line in second, following Austin McCarl to the checkers with Ayrton Gennetten coming in third.

Returning to action on Friday afternoon at River Cities Speedway (Grand Forks, N.D.), Timms followed up a fourth-to-second showing in his heat race with a fourth-place finish in the 25-lap feature.

With Saturday’s event at Kokomo Speedway (Kokomo, Ind.) rained out, Ryan wrapped up his weekend on Sunday at Huset’s Speedway (Brandon, S.D.) competing with the Casey’s 410 Outlaw Sprints. With a late caution in the feature setting up a battle with two laps remaining, Timms tangled with another competitor on the final lap, dropping him to sixth when the checkered flag flew.