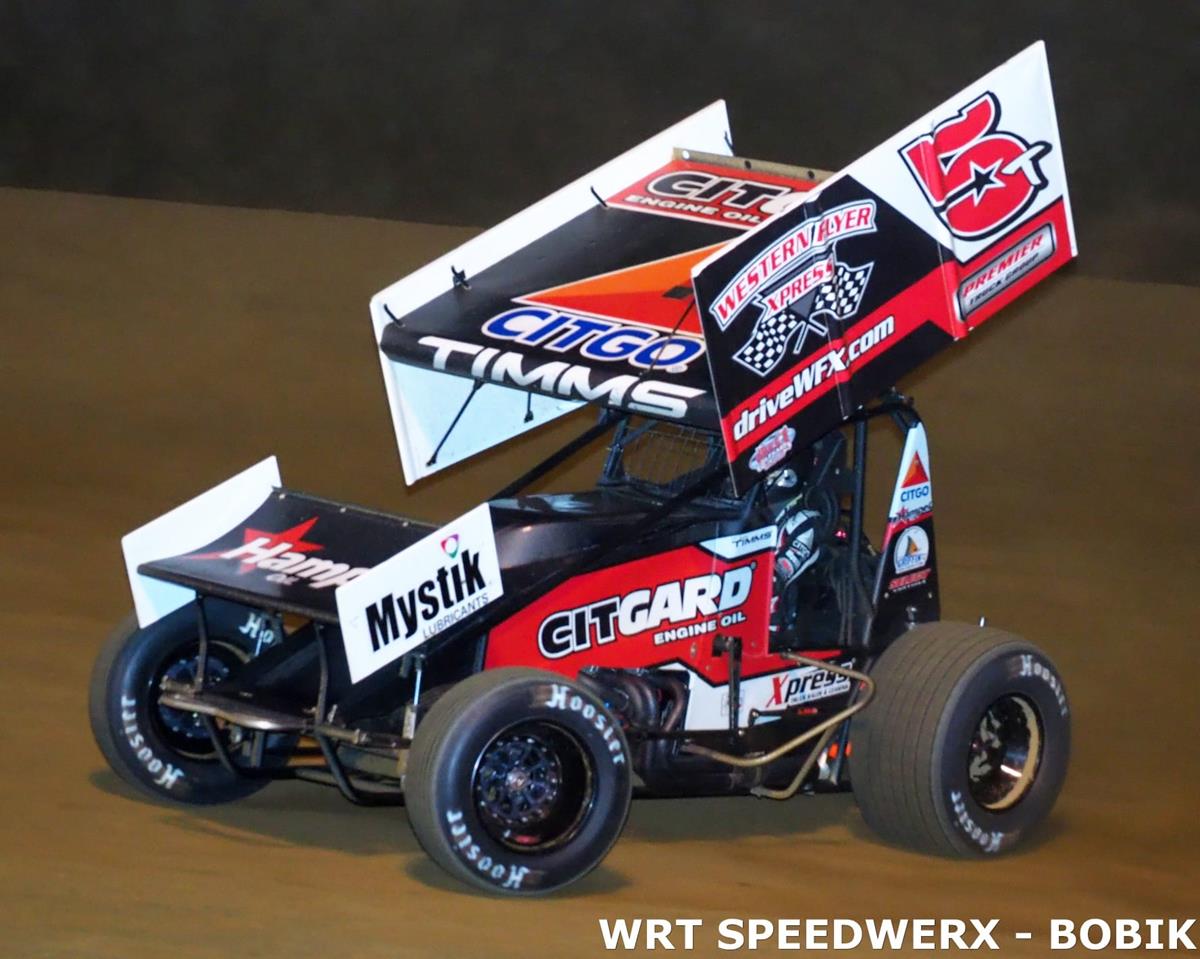 With 20 entries on the grounds, Timm laid down the fourth-fastest time in his group before placing second in his heat. Wheeling his way into the top-five in the 25-lap feature, Ryan passed four cars to register a fifth-place finish. He trailed Blake Hahn, Matt Covington, Brandon Anderson, and Jason Martin to the checkers.

The following night, Ryan headed to The Dirt Track at Indianapolis Motor Speedway (Indianapolis, Ind.) as the BC39 kicked off with Wednesday’s prelim aboard the Keith Kunz Motorsports No. 97K Midget. With passing points from heat races setting the grid for the preliminary feature, Timms failed to qualify for the 25-lapper with a second-place outing in his heat.

On Thursday, Ryan’s sixth-place finish in his Competition Suspension Qualifier relegated him into the C-Main. After dashing to a 15-lap consolation victory, Timms fell short of a transfer spot in his B-Main.

Back behind the wheel of his No. 5T Sprint Car on Friday with the Lucas Oil ASCS at Knoxville Raceway (Knoxville, Iowa) for the second round of the 360 Knoxville Nationals, Timms got buried in qualifying but rebounded in his heat with a 10th-to-sixth run. His night was over after finishing 20th in his B-Main.

The weekend drew to a close on Saturday after Timms followed up a sixth-to-fourth run in his E-Main with a 19th-to-10th charge in the D-Main.