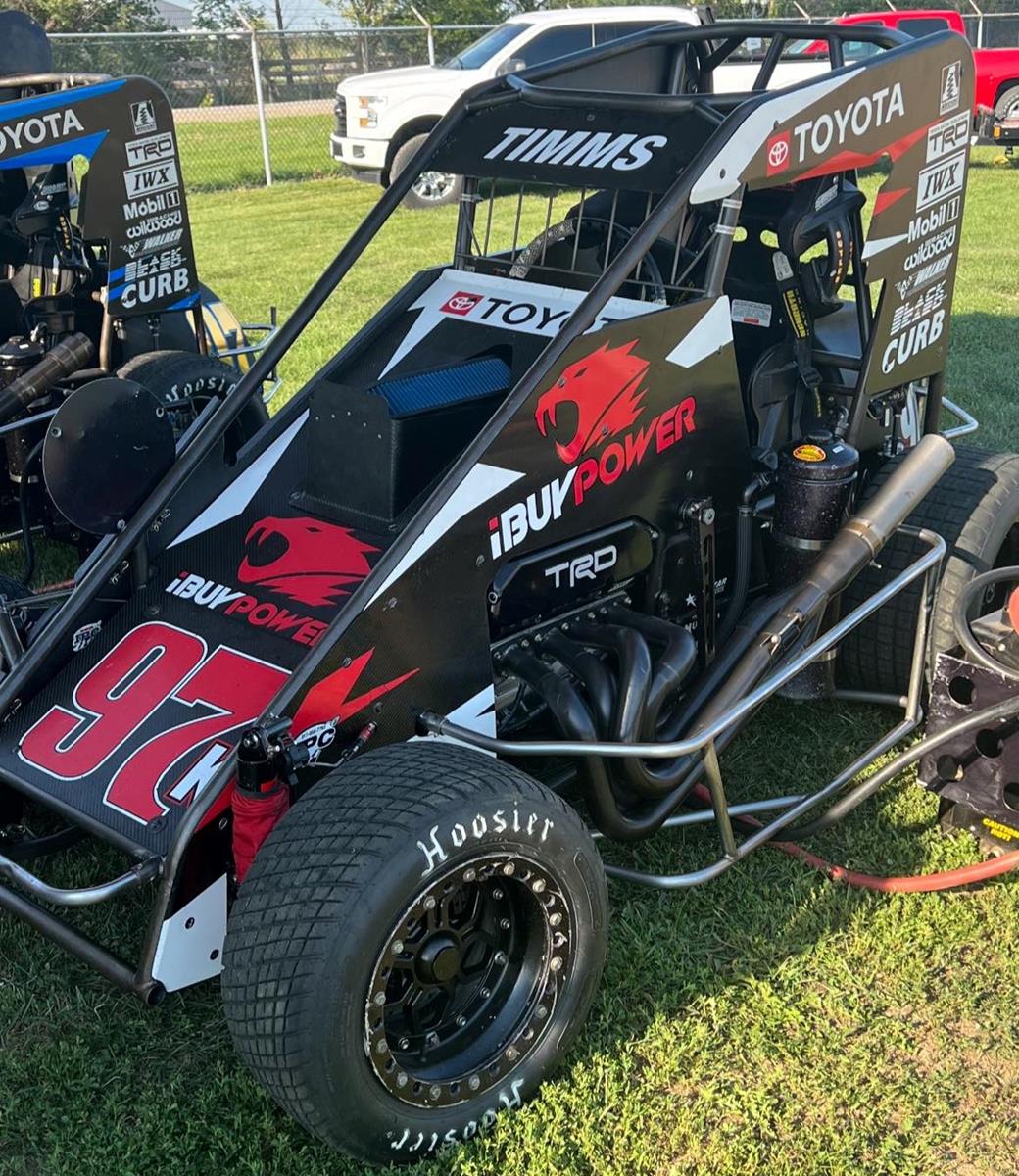 Ryan Timms will celebrate his 16th birthday in fine style this Friday, when he makes his debut with the World of Outlaws (WoO) NOS Energy Drink Sprint Cars at North Dakota’s River Cities Speedway.

“I know I’m not very old, but man it feels like I’ve been waiting forever to enter my first Outlaws event. I can’t think of a better way to spend my 16th birthday than going head-to-head with the best 410 (c.i.) Sprint Car racers on the planet,” Timms shared. “We’ve been focused this year on getting as much seat time and experience with the 410 as possible, and we’re ready to apply what we’ve learned so far this weekend.

“As always, I want to thank my family and everyone who supports my racing career. I’m definitely looking forward to taking the next big step this weekend.”

The weekend will draw to a close on Sunday night at Huset’s Speedway (Brandon, S.D.) in Weekly Racing Series Event action with the Casey’s 410 Outlaw Sprint Cars.

For more information on the weekend’s slate, please visit www.WorldOfOutlaws.com and www.HusetsSpeedway.com .

Action kicked off Friday afternoon with a visit to Charleston Speedway (Charleston, Ill.). With a sixth-to-third run in his heat race placing him on the second row for the feature, Timms slipped one spot in the 25-lapper to finish fifth. He followed Cannon McIntosh, Karter Sarff, Brenham Couch, and Bryan Wiedeman across the finish line.

For the Camfield Memorial on Saturday at Macon Speedway (Macon, Ill.), Ryan improved three spots in his heat race to place second.

Scoring a podium finish atop the tricky 1/5-mile oval in the feature, Timms raced to a second-place performance, which came behind Cannon McIntosh.

Full results from the weekend are available at www.POWRi.com .