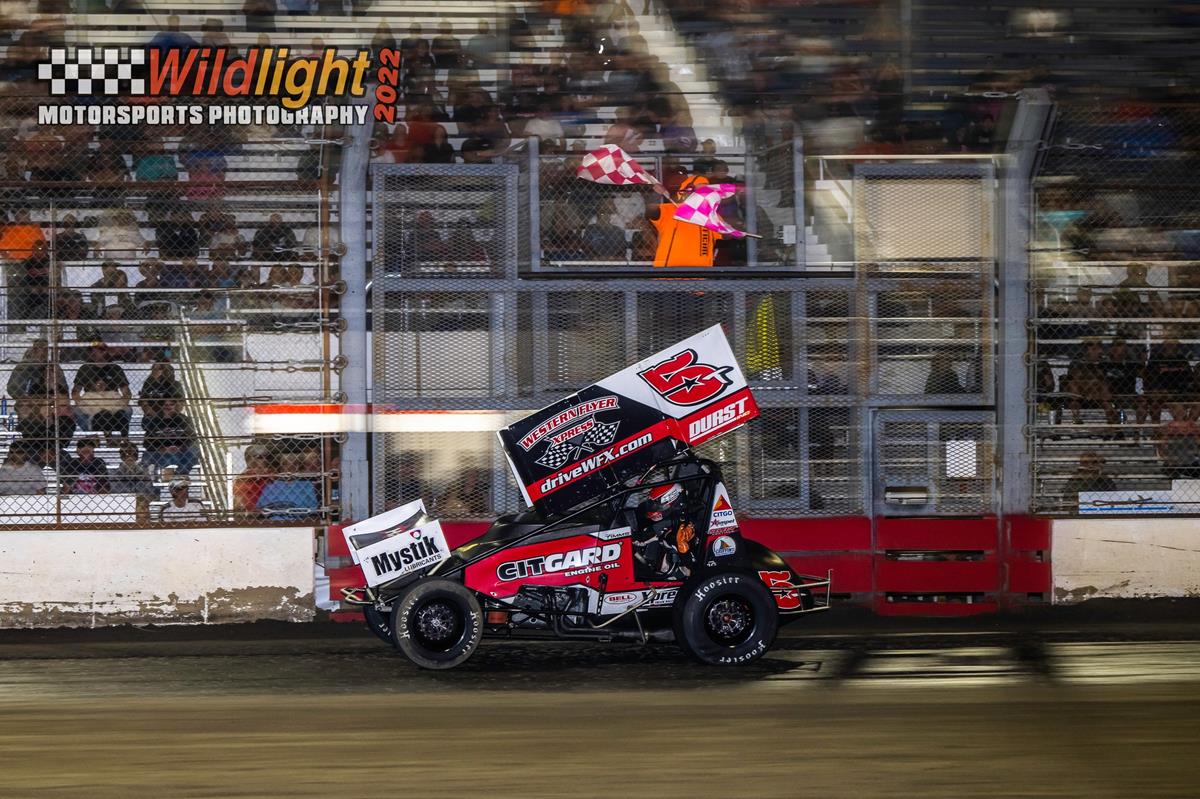 “It was a great way to start the weekend against a loaded field of over 80 entries,” Timms said in regards to the opening round triumph. “Friday didn’t go as well as we would’ve liked in heat race action, but we rallied to win the B-Main from seventh. In the feature we were only able to get to 18th.

“Entering Saturday we were fifth overall in points, but with the inverts we lined up eighth for our heat race. I managed to get to fifth which got us into the feature, but again we were left starting deep in the field. I passed five cars to finish 11th. Not the run we wanted on Saturday, but it was still a lot of fun at a cool racetrack with a ton of amazing fans.”

Drawing a stout field of 86 360 Sprinters, Ryan rebounded in his heat with a last-lap victory after qualifying 16th-fastest in his time trial group. Holding off the stout field in the feature after a caution with six laps remaining, Timms led flag-to-flag in the 30-lapper to capture his 12th win of the season and a $4,000 payday.

He took the checkers ahead of Tyler Courtney, Kyle Hirst, Shane Golobic, and Carson Macedo.

For Friday’s prelim, Timms followed up a fifth-place finish in his heat with an impressive seventh-to-first in his B-Main. Locked into the 22nd-starting position for the feature, Ryan gained four spots to place 18th.

Sitting in fifth overall in points heading into Saturday’s finale, Ryan secured his spot into the Trophy Cup 28 with a fifth-place performance in his heat. Starting on the eighth row, Timms raced forward five spots in the 50-lap affair to finish 11th.

Full results from the weekend are available at www.ThunderbowlRaceway.com.

This Saturday the team will enter the Sprint Car Showdown at the Dirt Track at Kern County Raceway Park (Bakersfield, Ca.) with the NARC Fujitsu General Sprint Car King of the West Series.

For more information on the event, please visit www.narc410.com. 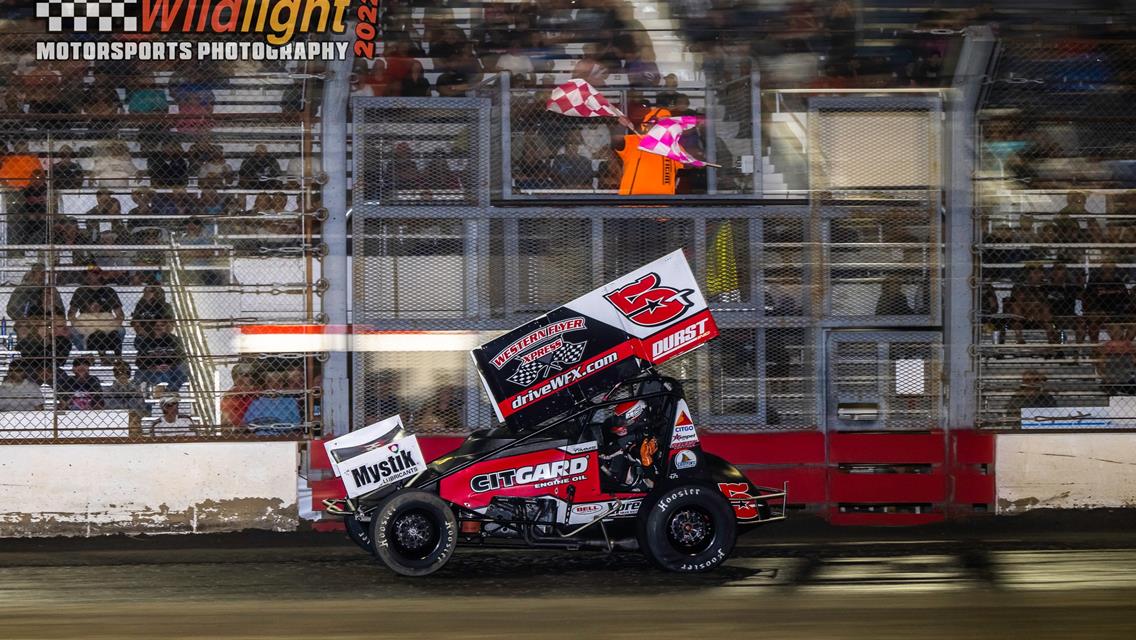 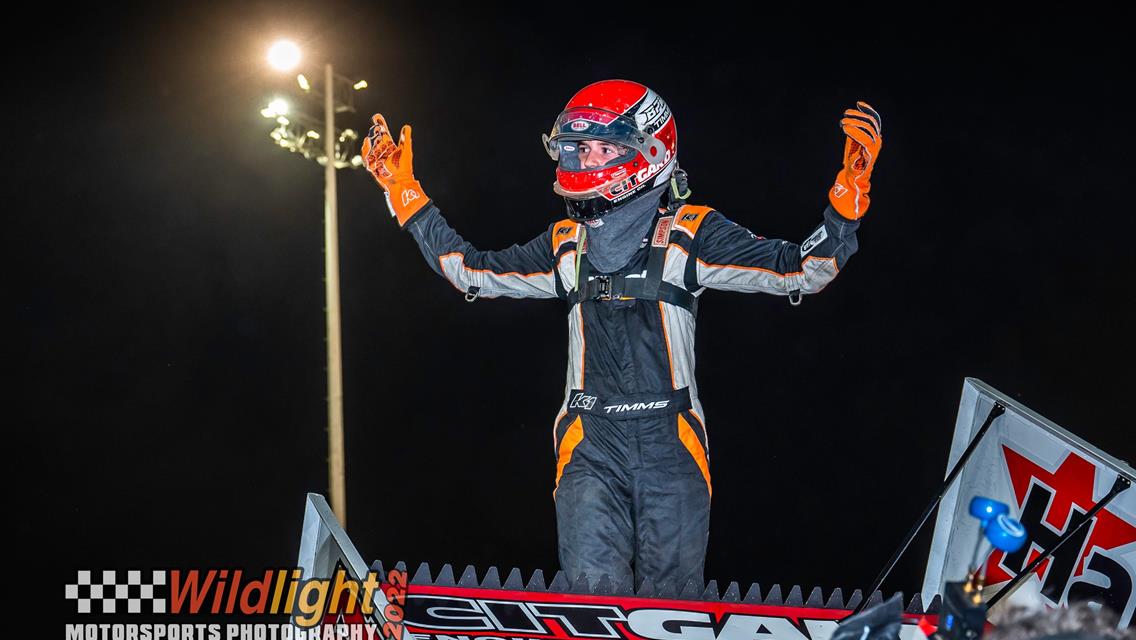 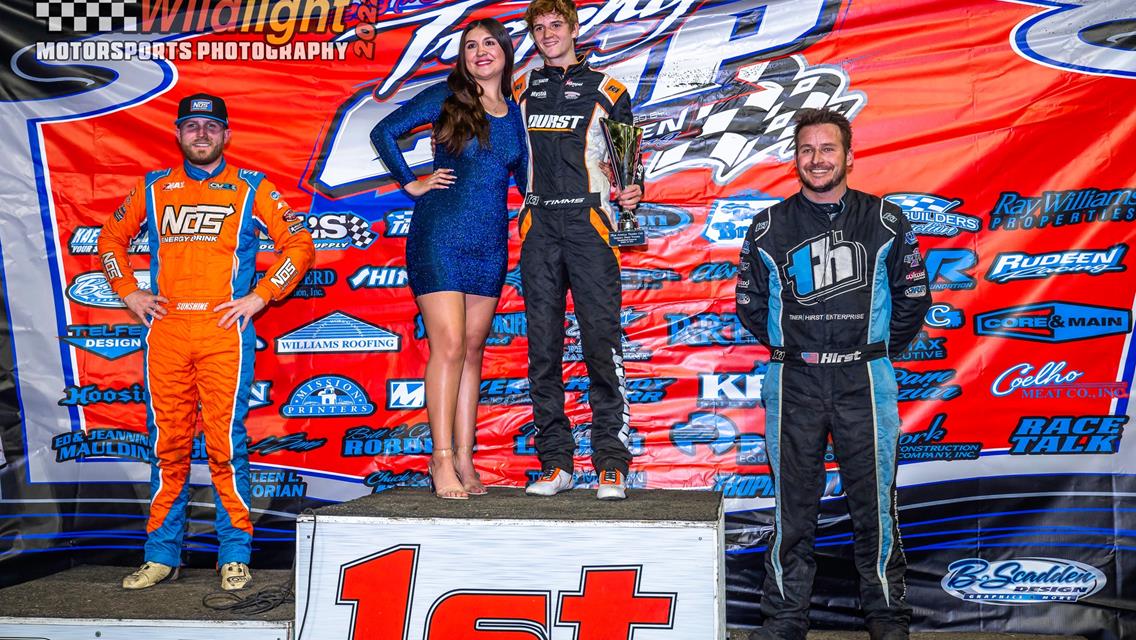