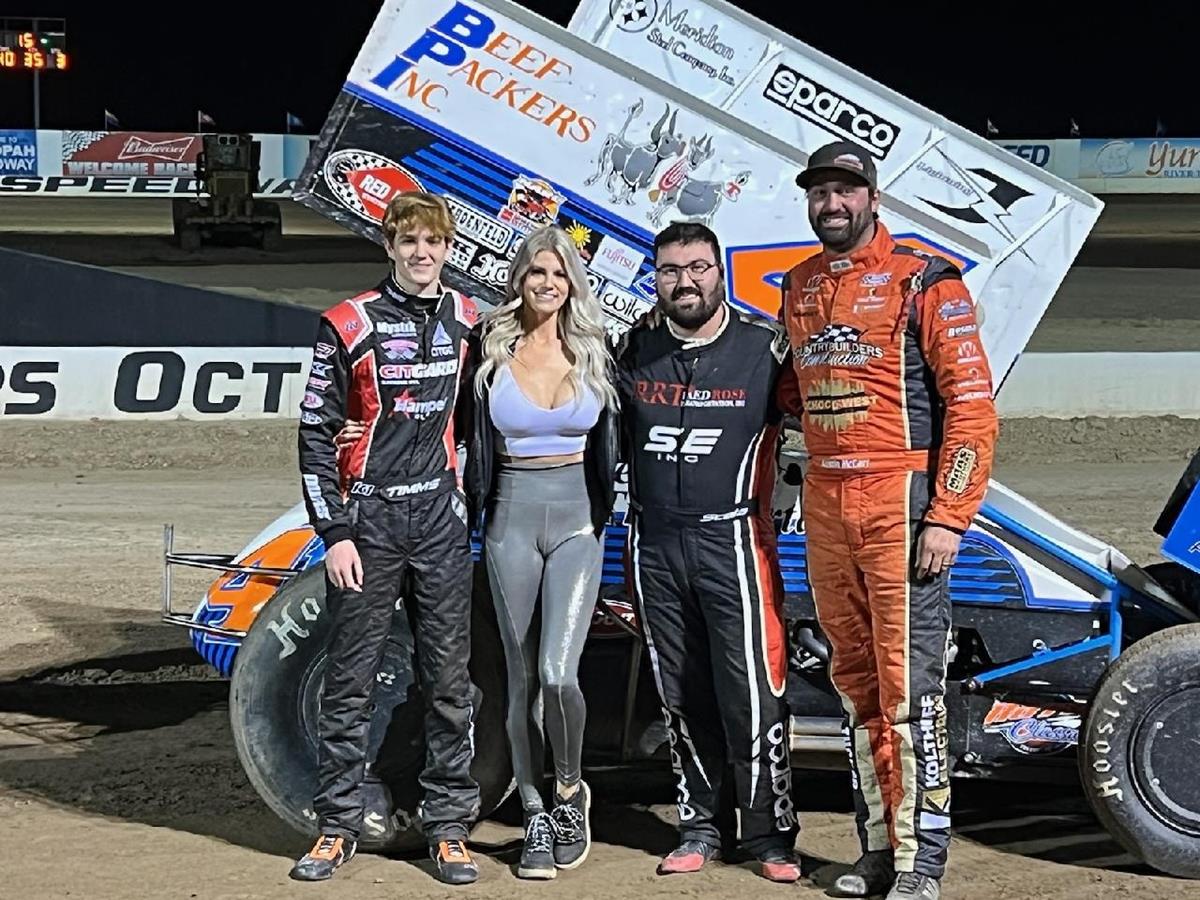 Behind the wheel of his driveWFX.com No. 5T 360 Sprinter, Ryan Timms visited Cocopah Speedway (Somerton, Ariz.) on Friday afternoon to compete in a doubleheader weekend with the Lucas Oil American Sprint Car Series (ASCS) Southwest Region.

In a field of 27 Sprint Cars, Timms followed up a sixth-to-third showing in his heat race with a third-place performance in the 25-lap feature. He stood alongside race-winner Dominic Scelzi and runner-up Austin McCarl on the podium.

For the $5,000-to-win Lucas Oil ASCS Southwest Region season finale on Saturday, Ryan’s fourth-place finish in his heat race pinned him on the eighth row for the main event. Marching his way through the field, Timms was up to sixth by lap 13 and disposed of Austin McCarl for on second on the 21st circuit. Unable to track down race-long pacesetter Dominic Scelzi, Ryan recorded a runner-up finish in the 25-lapper, with McCarl, Sammy Swindell, and Wes Wofford completing the Top-5 finishers.

Full results from the weekend are available at www.ASCSRacing.com.